It may sound like science fiction, but we’re getting closer every day to being able to produce strong, transparent materials. The latest is a glass that may rival steel for strength! Naturally, it’ll be years (decades?) before we see something like this on the market, but it’s exciting nonetheless! Read more here.

Below is an impressive video of some kinetic sculpture of Theo Jansen. It’s a beautiful convergence of engineering and art, check it out: 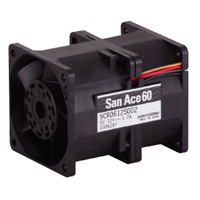 For as long as cars have been driving along the roads, visionaries have looked to the future and predicted large fundamental changes for how the car would be built and used in the future (flying cars are probably the most common example, though the nuclear-powered Ford prototype of the 50’s/60’s is another great example). The latest wave of automotive-thinking is focusing on alternative sources of energy. Naturally, electric cars are all the rage right now, but much uncertainty lies around the origin of the electricity used. We’re in a great period of innovation, as various technologies are explored to power the electric cars of the near future (gasoline engines, diesel engines, hydrogen fuel cells, solar power, Stirling engines, etc). One company to take some of these technologies and put them into a road car is the Norwegian company Think. They’re working on a small electric powered car, primarily for around town use (~110 mile range). What makes them stand out though are the ideas being integrated into this car. For starters, they’re working with Dean Kamen to get a Stirling Heat Engine installed as a supplemental power supply (this engine burns so clean it meats interior air quality standards). Next, they’re looking at ways to use the car’s substantial electrical storage capacity to provide power to the public electric grid in times of need – an enormous potential supply if millions of similar cars are sold (Google is helping out with that part, it’s something they’re already experimenting with). Then of course there’s a whole new business model, one where the car is purchased and built on demand (the Dell Computer example is similar), yet the battery pack is leased, to alleviate concerns over the life-span of that critical component. It’s an interesting vision of the future, and if you have time, I recommend reading the complete article.